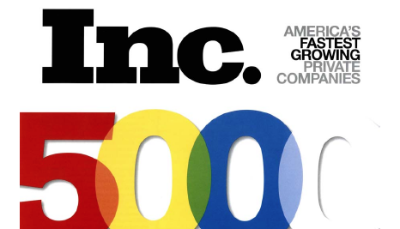 Wireless Technology Company Lands in Top 200; Ranks Third in Dallas-Fort Worth and Seventh in Texas

Inc. Magazine recently revealed it’s annual Inc. 5000 list and named Dallas-based technology company Netvious LLC the 138th fastest-growing private company in the country. The list, widely considered the most prestigious of its kind, represents a unique look at the most successful companies within the American economy’s most dynamic segment – its independent small businesses. The magazine has noted this year’s list to be the most competitive in history, with companies boasting an average growth rate of 433 percent and the collective creation of 640,000 jobs in the past three years.

Netvious is ranked third amongst Dallas-Fort Worth-based companies and seventh on the list of Texas companies honored by the magazine. The honor is attributed to the company’s three-year growth rate of 2,537 percent, which is more than five times the average rate of companies on the list.

“It is exciting to see the growth that’s happened as a result of our hardworking team and their dedication to enhancing each of our customers’ wireless experiences, enabling them to inspire, build and connect wherever and whenever they choose,” shared Netvious CEO Geoff Green. “Being included on this list with companies that are so rapidly improving the economic landscape of the country, while making such important contributions to both society and commerce, is an incredible honor.”

As an Inc. 500 honoree, Netvious now shares the pedigree with companies like Microsoft, Dell, Domino’s Pizza, Pandora, Timberland, LinkedIn, Yelp and Zillow. The top 500 companies of the 2016 Inc. 5000, including Netvious, are featured in the September issue of Inc., available on newsstands now.

“The Inc. 5000 list stands out where it really counts,” says Inc. President and Editor-In-Chief Eric Schurenberg. “It honors real achievement by a founder or a team of them. No one makes the Inc. 5000 without building something great – usually from scratch. That’s one of the hardest things to do in business, as every company founder knows. But without it, free enterprise fails.”The annual Inc. 5000 event honoring all the companies on the list will be held October 18-20, 2016, in San Antonio, Texas. Speakers include some of the greatest entrepreneurs of this and past generations, such as best-selling author and strategist Tony Robbins; SoulCycle co-founders Elizabeth Cutler and Julie Rice; Cornerstone OnDemand founder, president and CEO Adam Miller; Marvell Technology Group director and co-founder Weili Dai; and New Belgium Brewing co-founder and executive chair Kim Jordan.

Posted by Melissa Johnson on September 20, 2016